Learn more about our curriculum and its benefits

Home
Uncategorized
Learn more about our curriculum and its benefits 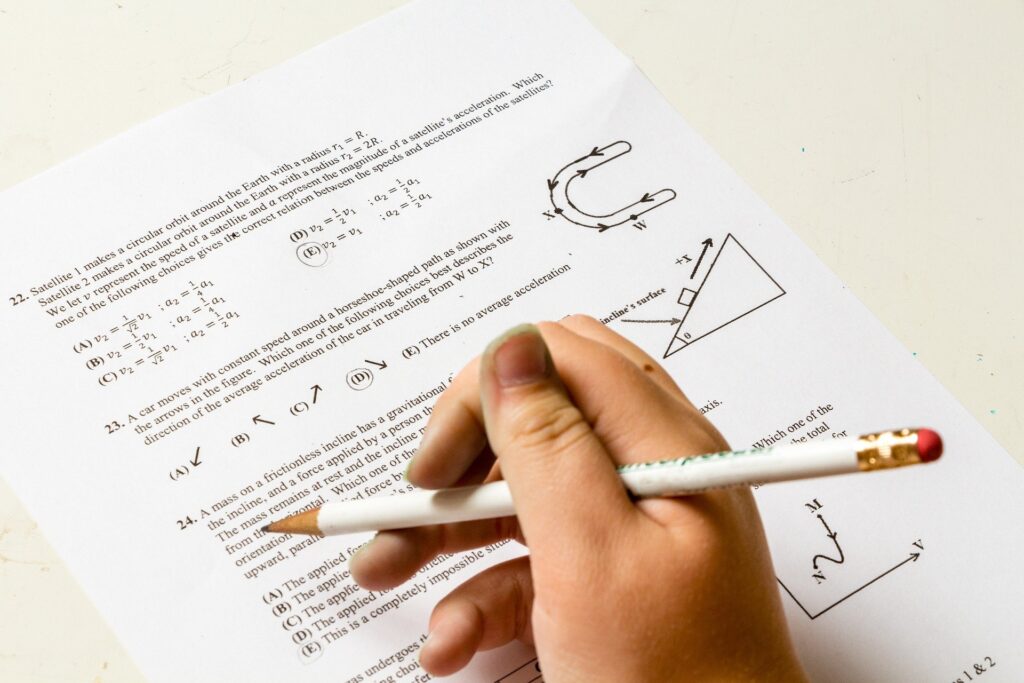 Why did we consider creating these textbooks?

Every year, for the past 20 years, while working* with 500 students in grades 5-12 at the Berkeley Math Circle (BMC), I have been asked over and over again by parents, students, and teachers alike:

”Can you give us good textbooks for our middle and high school math curriculum? What we have is not working and it hasn’t worked for years!“

And for these 20 years I could think of only two sources that I would also give to my own children: my old Bulgarian middle school textbooks, and the Art of Problem Solving books (AoPS). But neither of these choices would have worked, despite the fact that they are, in my opinion, among the best middle school textbooks in the world. Indeed, they are written for advanced audiences as measured by U.S. standards.

And so, short of designing a new program myself, I was helpless to help anyone seeking a better middle school math curriculum….

….That is, until I asked my mom to send me some recent Bulgarian math textbooks, to teach my own kids in the U.S. She quickly found the most popular textbooks in Bulgaria: the present series from “Archimedes.” When I opened them, I was immediately taken by their main feature: Each lesson is on exactly 2 pages! And each lesson consists of:

The textbooks are written in a straightforward and simple manner, capturing the elegance and robustness of mathematics itself. There is no “hide-and-seek”: everything is crystal clear; one look at a lesson suffices to see what it will teach you;   there is no need to look around on the Internet for other sources: the textbook, workbook, and problem collection are all one needs for a successful course in middle school mathematics.

This middle and high school math program is based on one of the leading programs of today in Eastern Europe, developed and implemented by the well-known Bulgarian mathematician and educator Professor Georgi Paskalev. His relatively new mathematical program specifically targeting middle and high schools in Bulgaria has conquered 60-70% of the Bulgarian education market during the single decade since its conception.

The new program: has partially departed from the traditional “old school” Bulgarian program, and has crossed boundaries to meet the standards and demands of a global educational market, such as in the U.S.; yet, has preserved the intrinsic pedagogical and mathematical values of the old curriculum.

What problems in the education system will be solved with these textbooks?

The math education of every child is like a building: every year we hope that a new floor emerges on top of the previous floor. Unfortunately, more often than not, our children come under damaging (even though, perhaps, well-intended) actions of math educators on any floor of this building. For example,

Well, the 4 th graders become really skilled with their multiplication tables, and, say, a 6-foot thick wall of “single-digit multiplication” is erected on the 4 th floor of

Alas, time is not stretchable, and such educational decisions inevitably cause:

some other wall on that same floor to be thin or non-existent; e.g., a “wall” of word problems, logical thinking, or a rich geometric vocabulary.

As a result, when in 5 th grade the next teacher tries to build “walls” upon such previously expected but non-existent or weak walls, not surprisingly, the structure collapses! And in the ensuing debris, time is wasted figuring out what and why it happened. Worse, a student may lose confidence in his/her math skills, in the teacher’s abilities, in the integrity of the math program, and, sadly but not infrequently, in mathematics itself.

What may strike us as even more dangerous for the young developing mind (yet, still well- intended) is the desire of many textbooks and some teachers nowadays (perhaps, under pressure from school administration or for other reasons) to occasionally show off via: extra-curricular activities that are unsupported by and incompatible with the math building erected up to that moment.

This textbook series creates the environment for a strong bond between the student and the material, in the difficulty and breath of math content; in the expectations of quality, depth, and rigor of student work; by building a robust Temple of Mathematics: always depending on previous knowledge and reinforcing it via new applications and without needless repetition; always looking ahead and linking current material to new things to discover by a gradual climb:

At any time throughout the school year the place and importance of the concepts, ideas, and techniques studied are clear within the “bigger picture” of Mathematics.

… There should be order, balance, and harmony in everything we do, teach, and learn. We cannot lower our standards when teaching mathematics to young minds. On the contrary, we must be especially careful because of the hierarchical structure of mathematics.

And thus, the present textbook series* has found the golden ratios*: mathematically sound and pedagogically sound;  the practical and the inspiring.

The textbook series promotes at all times Simplicity and Elegance:

In anything we do, especially in mathematics.

Courage: Not being afraid to make mistakes and to learn from them.

Diversity of Ideas: Via multiple solutions to the same problem.

These are not just catchy, “politically correct” phrases intended to sell more copies of this textbook. They truthfully describe this math program and help build a solid math structure, with adjoining “walls, windows, and doors,” through which to move from topic to topic and make connections between various concepts, formulas, and ideas.

What results can we expect from students that are using these textbooks?

The present program extends the mathematics taught in elementary school and completes it to a comprehensive K-12 math program that prepares students:

 will distinguish them among their peers;

 will serve them well in any profession and in any endeavor in which they chose to engage.

The approach and methodology

If it were up to me, up through 11th grade high school students would study a good balance of Algebra and Geometry topics, mixed with some Number Theory, Combinatorics, Probability, and Statistics. And only in 12th grade, with a solid preparation and math maturity under their belts, would they venture into advanced concepts such as limits, continuity, and derivatives, which comprise about half of Calculus BC. Thus, during their senior year, they would study thoroughly and deeply:

But this would be “the right prequel to college math courses” and “the right way to learn Calculus.”

Our students would thus march into college with fortified math knowledge and skills, and a clearer understanding of how mathematics works, better prepared for success in their college freshman math courses.