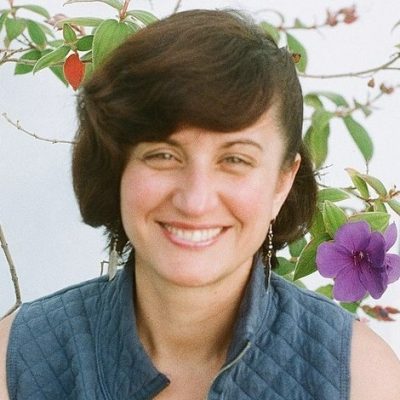 Professor Zvezdelina Stankova (Zvezda) was drawn into the world of mathematics when, as a 5th grader, she joined the math circle at her school in Bulgaria and, three months later, won the Regional Math Olympiad. She represented her home country at two International Mathematical Olympiads (IMOs), earning silver medals. As a freshwoman at Sofia University, Zvezda won a competition to study in the U.S. and completed her undergraduate degree at Bryn Mawr College in 1993. She did her first math research in enumerative combinatorics at two summer programs in Duluth, Minnesota. The resulting papers contributed to her Alice T. Schafer Prize for Excellence in Mathematics by an Undergraduate Woman, awarded by the Association for Women in Mathematics.

In 1997, Zvezda received a Ph.D. from Harvard University, with a thesis on moduli spaces of curves (in algebraic geometry). She also earned a high school teaching certification in the state of Massachusetts and later in California. As a postdoctoral fellow at the Mathematical Sciences Research Institute (MSRI) and UC Berkeley in 1997-1999, Zvezda co-founded the Bay Area Mathematical Olympiad and created the Berkeley Math Circle (BMC). She trained the USA national team for the IMOs for six years, including the memorable year of 2001 when three of the six team members were BMCers and the USA tied with Russia for second place in the world overall. She worked at Mills College 1999-2016, and she joined the faculty at UC Berkeley in 2016. Zvezda’s inspiring style and passion to teach were recognized by the Mathematical Association of America (MAA): in 2004 she received the first Henry L. Alder Award for Distinguished Teaching by a Beginning College or University Mathematics Faculty Member. In 2011 MAA honored her with the highest math teaching award in the U.S., the Deborah and Franklin Tepper Haimo Award for Distinguished College or University Teachers who are widely recognized as extraordinarily successful and whose teaching effectiveness has shown to have influence beyond their own institutions. Zvezda was featured in the Salutes Program of the ABC 7 News in spring 2011.

In 2012, she was listed in Princeton Review’s “ 300 Best Professors.” In fall 2015 she introduced a new middle school math program at Tehiyah Day School in El Cerrito, CA, and in fall 2016 she founded the “Math Taught the Right Way” program for middle and high school students at UC Berkeley. Both programs are based on this textbook series. Zvezda’s most enduring passion remains working at the BMC with young students motivated to discover new mathematical wonders. She spends a lot of time with her girl and boy, studying foreign languages and playing the piano with them, and teaching them mathematics in the “Bulgarian’’ way.