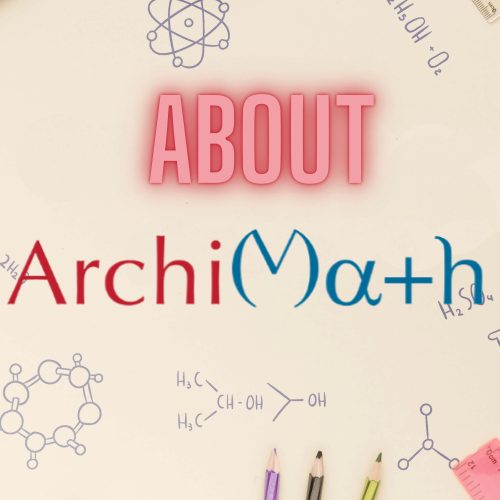 The story of Archimedes Publishing House begins in Sofia, Bulgaria in 1980, when Prof. Georgi Paskalev collects  and solves all math problems  given to this moment in Bulgaria on exams for entering higher schools and universities. He publishes a book with the solutions. The reason is his son’s  Plamen Paskalev  upcoming exam , who actively participates in the preparation of the book. Until 2004, the author continues to monitor the admission tests of the higher education institutions and to issue various textbooks, related to the preparation for them. These books enjoy exceptional interest, large circulations and have been reissued repeatedly.  There is one lady who plays a really big part of the creation of the textbooks too. Her name is Zdravka Paskaleva. She and Georgi Paskalev become the power team. Тhrough the period of 1997-2004, these authors created a full range of textbooks in mathematics from 5th to 12th grade, imposing new standards in the methodology of teaching mathematics and enjoying a high popularity among teachers.

A few year later Plamen Paskalev takes the lead of the new publishing house. He forms author team and publishes a collection of tests for preparation for admission to high schools. This book becomes the first edition of “Archimedes”

Today the textbooks are in the safe hands of team of experienced people: Plamen Paskalev, Maya Alashka, Raina Alashka.

Over the years, the publishing house has successfully developed other directions of its activity. They start to publish new textbooks in informatics, information technology, history, geography, chemistry all written by popular experts. Famous Bulgarian authors entrust their new books to Archimedes. The publishing house also publishes translated artistic, educational and journalistic literature. New ideas are constantly discussed and implemented. Archimedes is an active member of the Bulgarian Book Association and participant in the Bulgarian exhibitions of the book. The presence of the publishing house at the mathematical conferences of the Union of Mathematicians in Bulgaria becomes a tradition.

In 2010, the COUNCIL OF THE EUROPEAN SCIENTIFIC AND CULTURAL COMMUNITY awarded ARCHIMED Publishing House with the honorary award “GOLDEN BOOK” for contribution to the development of the Bulgarian culture.

The Success of Georgi Paskalev

All these years the family academic tradition remains. Georgi Paskalev junior – (Plamen Paskalev’s son and Georgi Paskalev’s grandson) goes away to follow his dream and study in prestige school in America. During his studies there, he starts to share with his father that he is having trouble with the math curriculum. The textbooks are not quite logically structured and balanced, the material is not enough, and have no guidelines in writing mathematics. As a result, Georgi’s classmates start to feel unmotivated and lost.  Georgi was highly advanced during his study years in Bulgaria and with the help of his father, he managed to keep track of the new curriculum and advance.

His father – Plamen on the other hand starts to feel the need to try to make a change and help all the pupils in America who feel that way. He best knows that math should be interesting, fun, and easily understandable.

She was looking for suitable textbooks for the children with a strong interest in mathematics in Berkeley Math Circle. After she couldn’t find suitable textbooks in the United States, she decides that there is a need for an entirely new textbook. She knew that she liked very much the methodological qualities of the textbooks of Archimedes Publishing House, so she offers cooperation. Plamen Paskalev and Zdravka Paskaleva are more than happy to accept immediately and show interest in the new challenge. After all, this is all Plamen has been waiting for. The new books, of course, are adapted to those in California curricula and the requirements of Berkeley Math Circle.

Prof. Zvezdelina Stankova shows exceptional abilities. She translates, complements, and align the new editions with the Common Core Mathematics Standards. Archimedes shapes, issues and delivers them in the USA. In the first 4 years this tandem creates 8 textbooks and 8 workbooks for 6th, 7th, 8th and 9th grade. The creation of the 10th grade books is in progress.

In 2020 was registered and the Archimedes’ US subsidiary: ArchiMath, which is engaged in the promotion of textbooks, sales and supplies in the USA.

Archimedes became the first Bulgarian publishing house to start working with schools in the United States. The math publisher’s curriculum for grades 5 to 12 is already being successfully translated and used in California. It was presented to world-renowned scientists and received approval. He is currently presenting to teachers’ and research unions in the United States. The first to study from Archimedes’ textbooks were: